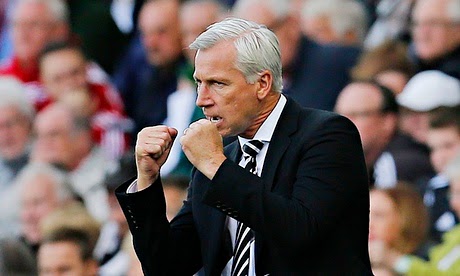 Four wins in a row and current Newcastle’s manager Alan Pardew move from ‘Has Alan Pardew been sacked yet?’ hashtags to become manager of the month material. So, it’s time to give him credit for this turnaround. Despite the losses of Demba Ba, Mathieu Debuchy and Yohan Cabaye and the turbulent departure of Hatem Ben Arfa, team’s best players, Pardew has been able enough to model his team sorting out from a difficult start of the season. He made it switching his 4-2-3-1 formation, which worked just when Cabaye was still around, and replaced it with a more balanced 4-3-3. The Moussa Sissoko’s deployment in a much deeper spot also helped as the France midfielder strengthen the team in the middle of the field. Against Livepool, in the latest, winning, effort, the 53-year-old manager also get answers from Rolando Aarons, Rémy Cabella and Ayoze Pérez, three substitutes that proved to be able to help the cause. Wins at Tottenham Hotspur, Manchester City and Liverpool have changed the mood around the manager. Team’s learning curve was long but right now Pardew seems to have shifted the momentum creating a new atmosphere around Newcastle. Pardew’s firing looked a case of “when, not if” just a month ago…four consecutive wins later, team went out from the relegation struggle and the manager can smile and stay more relaxed.
Pubblicato da mick a 06:51 1 commento:

Carlos Bocanegra is retiring: as the best USMNT centre-back ever? 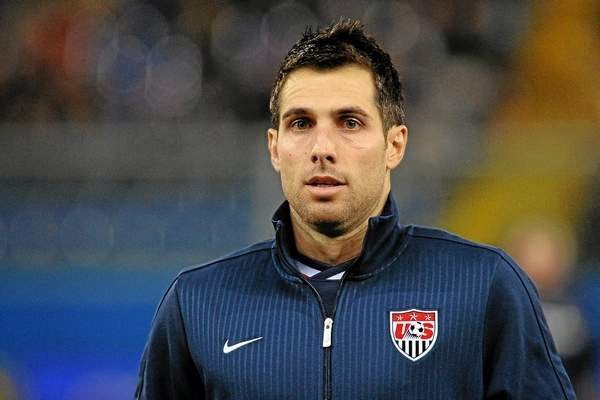 USMNT regular and 2010 World Cup team captain Carlos Bocanegra announced Tuesday that he is retiring at the end of this season becoming the latest United States international to announce formal retirement. “The timing is right for me,” he told. The 35-year-old made his international debut in 2001 under Bruce Arena and amassed as many as 110 caps for the United States anchoring USMNT’s  backline for two consecutive World Cups. A Southern California native, Bocanegra is an UCLA product. He entered into MLS circles in 2000, earning the MLS Defender of the Year award both in 2002 and 2003. After this first MLS gig, Bocanegra went overseas playing English Premier League side Fulham in 2004. He also played with Rennes in France and Rangers in SPL before moving on to the Spain to play with Racing Santander before returning in USA and joining Chivas USA. CUSA’s team captain this season under coach Wilmer Cabrera, Bocanegra registered 30 appearances  in a season and a half with the team, before concussion symptoms sidelined him. One of the best defenders United States program has ever produced, Bocanegra is a fine leader and a strong centre-back. He has been also a factor on the other half of the field as he netted 14 goals in 110 games, the most made by an American defender, due to his set pieces efficiency. He was one of the best players of his generation, as Chivas President Nelson Rodriguez pointed out. The former Alta Loma High standout player was also one of the best centre-back in USMNT history. The question is if Bocanegra is the greatest. While he still deserves a spot in the list of the best American defenders, I don’t know if you can rate him a higher level than Marcelo Balboa. A big defender, 13 goals scored in a less competitive USMNT side, Balboa was a real force for USA and he collected 127 appearances, fourth all-time leader. Although he never proved himself in Europe, maybe is the National Soccer Hall of Famer Balboa to deserve the title of best defender USA have ever had.
Pubblicato da mick a 01:25 Nessun commento: 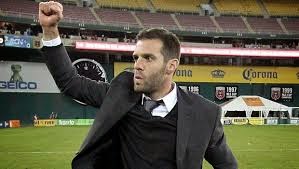 DC United confirmed on Thursday that midfielder Chris Rolfe will miss six weeks following surgery to repair his injured arm. It is a huge loss for Ben Olsen’s side as Rolfe became a key part of DC United since he joined the team last April 2 following a trade the Chicago Fire. Rolfe produced six goals and six assists in 21 regular-season games for the resurgent team. Olsen uses a fairly straight forward 4-4-2 formation in which Rolfe was lined up in a left wide slot where he meet a kind of comfort zone. In fact, as starting left flange, Rolfe completely exploited his ability to cut inside and play with the forwards. To obviate Rolfe’s forced absence, DC United recently brought on Ghanaian midfielder/defender Samuel Inkoom. The 25-year old International is suited  to play outside both on defence and on midfield so he will provide depth at the wider spots. Obviously, the chance he will fill the void left by Rolfe is a long shot. The very likely options to replace Rolfe are Lewis Neal and Chris Pontius. Although when Pontius will make his comeback remains to be seen, rumors are that the midfielder could be cleared fit very soon. Barring any setbacks, a healthy Pontius will boost team’s offensive flair and also provide the needed depth at the wings. Whoever Olsen will pick, should he be able enough to ride out, DC United’s manager would have showed once again to deserve the rumored contract extension. DC United’s wild ride has a lot to do with Olsen’s ability to make his side growing despite the adversities. DCU have continued to progress despite they lost a lot of key players. This team seemed to evolve as the season went on. They are strong mentally and played with character and energy. Olsen is grown in the coaching role since he took the job in 2010. Olsen’s growth was the team’s growth.  Combine that with the probable return of Chris Korb and Pontius and United will be even more dangerous.
Pubblicato da mick a 13:45 Nessun commento: 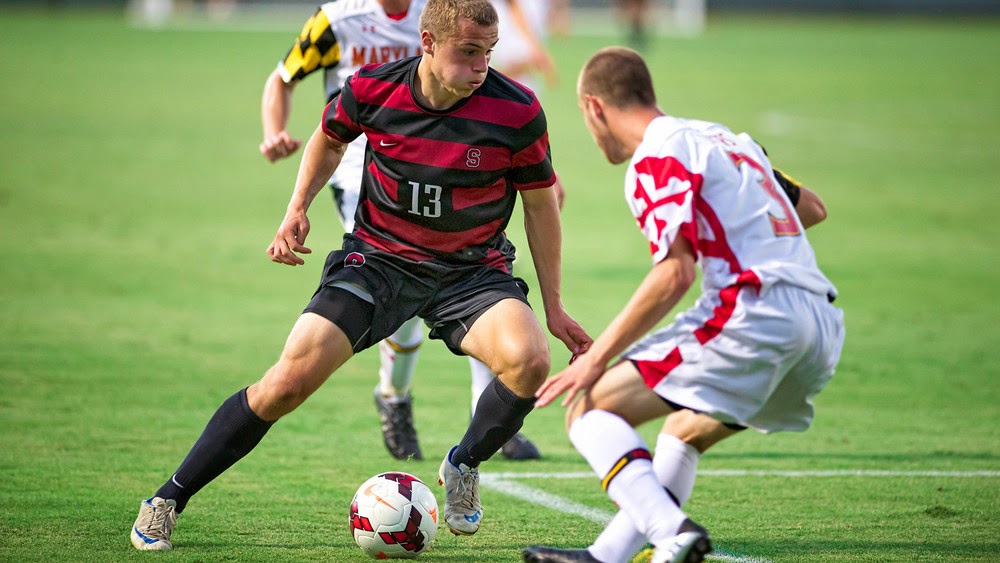 The unexpected happened. USA’s head coach Jurgen Klinsmann make Stanford’s standout Jordan Morris, the 2013 U.S. Developmental Academy Player of the Year, the first collegian on a USMNT roster since MLS has been in existence and the first college based footballer to be called since the ‘90s, according to Top Drawer Soccer writer Will Parchman. Morris was in the USA’s U-23 squad held in Nassau, Bahamas, this August for a training camp in view of the 2016 Olympics in Rio de Janeiro. There have been a lot of surprises in the 22-men roster Klinsmann released for the upcoming friendly game against the Czech Republic. Rubio Rubin, Alfredo Morales and Joe Gyau, as well as Fulham youngster Emerson Hyndman, are between the new talent that will have a big chance to impress. By the way, Morris’ pick remains the biggest surprise on this bunch and he has already stolen the spotlight. "We have watched Jordan through our Youth National Teams and in the Development Academy…and he is a very promising player," Klinsmann told USSoccer.com. A former member of Seattle Sounders Under-23s team playing in the USL PDL, Morris was set to play another season at Stanford before turning pro, an eventuality now hard to happen. Unanimously regarded as the biggest USMNT prospect currently playing at college level, Morris,  at 6-0 for 185 pounds, is a sized forward, suited to hold the ball up. But he’s also touted as a dribbler, loaded with the tools to do everything with the ball on his feet. Morris tied Pac-12 for the lead in goals in 2013 and quickly showed the skill and awareness that earned  him comparisons with Clint Dempsey.  Robert L. Kehoe III praised Morris’movement off the ball and defined him a player able to run with the ball suited to play out wide in a 4-3-3 or 4-4-2 formation. The road to 2018 is long but should Morris continue to progress he could get the call and become a key for the USMNT next World Cup.
Pubblicato da mick a 12:50 Nessun commento: